As a Physician, My Conversion to Nutritional Supplements Part 1

Going through the university was an awesome experience for me. After my graduation from the University of Colorado Medical School, I went for a postgraduate experience at the Mercy Hospital in San Diego.

At this point I had sufficient experience to kick off my family practice in a small city located in the Western South Dakota; it has been very successful too. Shortly after I started practicing, I met Liz.

Liz was adorable; she had some health problems which she believed will be properly handled if she married a physician. Thinking about this idea now makes me wonder if she was right or wrong.

Our family has grown; we now have three children the eldest is still below four years of age. Taking care of these babies took its toll on Liz who constantly felt tired, she regularly complained of fatigue too. In her opinion, she felt like she was sixty years old when in reality Liz was only thirty years old. 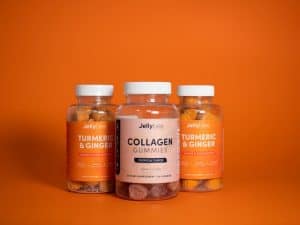 Liz’s health worsened as the years passed, I observed more symptoms and health challenges. At this time she was already on a lot of medications.

By our tenth anniversary, he condition had really become alarming; Liz could hardly walk, she complained of pains all over her body, fatigue, discomforting allergic reactions and recurrent sinus and lung infections.

The test results from the hospital indicated that Liz was suffering from fibromyalgia-a medical condition that is characterized by a wide range of symptoms which include debilitating body pains and fatigue.

The disease called Fibromyalgia is well known to doctors who have always had the misconception that its roots are in the mind of the sufferer. Here I was having a first-hand experience with this disease, I knew how sad it made Liz feel and I also saw the pain she went through. It was real.

Liz tried to be brave; she couldn’t let this ailment get her down, but as hard as she tried the effects of the disease where obvious as she considerably grew weaker by the day. At this point, she retired to before 8 pm every day.

Fibromyalgia has no cure; it plagues the sufferer for many years without any hope. I did all I could do by giving her the medications that will manage the symptoms and dull the pains she felt.

We experienced a scary turn of events in March 1995; Liz developed a severe case of pneumonia. It had already compromised one of her lungs and a surgery to remove the lung was already being suggested.

We went to seek the advice of an infectious disease specialist who placed her on intravenous antibiotics, steroids and nebulizers to clear her asthma.

This treatment worked and within two weeks, Liz recovered from the pneumonia attack. She still had to remain on strong medications which were used to support her system and prevent further collapse in her immune system.

Liz still battled with her allergies and body pains; she was able to leave her bed for only about two hours daily. It required a huge effort from her to walk to the barn where her horses are kept. We were worried about her condition.

Our children had to take turns staying home instead of going to school just to stay with their mother and take care of her. Liz was confined to the bed; she couldn’t even watch the TV or read a book.

As a trained physician, I expressed confidence in her recovery openly to everyone but inside I was worried. I knew her situation was not improving and it seemed like I was helpless to do anything about it.

The feedback from the pulmonologists and the infectious disease specialist was not encouraging, they were not very confident that Liz will pull through this horrific illness.

We had friends come to the house often to see how she was doing and encourage here. One of our dear friends told Liz about her husband who had suffered a similar experience with pneumonia. He also had chronic fatigue and body pains. In her opinion, her husband recovered after taking some nutritional supplements.

Everyone knew what I thought about nutritional supplements at that time so Liz was really skeptical about me giving approval for her to try them.

What she didn’t know was that I had almost exhausted my options and I would have allowed her to use means that had even the slimmest chance of making her feel better.

Presuppositions Put to the Test for the use of nutritional supplements

Very few doctors were taught about nutrition while in medical school. I was one of those physicians who practically knew nothing about nutritional supplements.

I know many people believe all doctors know everything that is health related including nutrition and the functions of vitamins.

I strongly felt the need to protect my patients from what I thought was exploitation by these companies who manufacture and sell nutritional supplements.

I didn’t want my patients to waste their money because I believed that all they needed was a good diet and they will get all the vitamins and nutrients they ever needed from their meals.

I never exposed my ignorance about the huge budgets and the amount of research that has been going into developing and refining these nutritional supplements to make them even better. I was not interested in knowing anything about them. 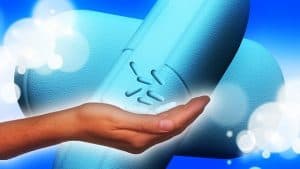 My wife was ill, I was healing people at the hospital but I couldn’t do anything for my own wife. I had to give consent because my options had been exhausted; we really had nothing to lose by trying the nutritional supplements suggested by our friend.

Liz’s friend brought the collection of vitamin supplements over the very next day after she learnt of my approval. I studied them and found out that they were antioxidants containing vitamin E, Vitamin C and beta carotene. These nutrients protected the body from the harmful effects of oxidation.

Liz took them all in the right doses continuously. It was almost unbelievable to observe that after just three days of taking these nutritional supplements, Liz was feeling much better. She grew stronger as the days passed and she was able to carry out her indoor activities again. It was a relief, it was like a miracle.