10 Signs You May Have a Parasite 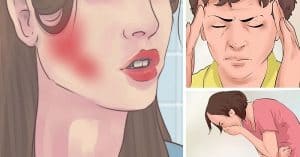 Parasite signs may be here and you don’t see them. Understanding that you might be prone to having a parasite could come as a shock to some people, you might feel some fear, but it is a common condition.

Doctors in the USA have treated many patients with parasites; this debunks the belief that parasites only affect people living in poorly developed countries. Many symptoms indicate the presence of a parasite among which are digestive issues.

What is a parasite?

Parasites are organisms that depend on a host for survival to the detriment of the host. Intestinal parasites are tiny organisms (usually identified as worms) that get their nutrients from the food you eat.

Common parasites that affect human beings include hookworms, roundworms, tapeworms, pinworms, whipworms, etc. there are many parasites, each capable of causing different kinds of health issues.

Some parasites have been identified as the cause of unexplained weight loss; they consume your ingested meals leaving very little for your body to survive on.

Some patients diagnosed with anemia were found to be victims of ravaging parasites that feed on the red blood cells. Parasites reproduce in our bodies; they lay eggs, which could cause a lot of discomfort to the host. The resulting irritation could lead to insomnia and other health conditions.

Persistent health conditions in the gut that seem incurable for long periods have been discovered to be caused by parasites, which have grown in number within the patients gut.

How can you contract parasites?

Fruits and vegetables can also easily get contaminated by parasites; we ingest these parasites when we eat these foods without properly washing them. Parasites could also gain access to our systems through dirty feet.

It is very easy to transmit parasites around. If you do not wash your hands properly after using the toilet, you could end up contaminating every object you touch, depositing parasites or their eggs which could be contracted by other people who use those items. Public objects such as your phones, door handles, photocopy machines; laptop keyboards are common mediums through which parasites are contracted.

You can also become exposed to unknown parasites when you travel abroad. These parasites are introduced into your system if you drink contaminated water or eat contaminated foods. Animals are also significant hosts to parasites; coming in contact with infected animals puts you at risk of contracting parasites.

The following ten parasite signs are indications that dangerous parasites have compromised your system:

•          Unexplained constipation, diarrhea, gas, or other symptoms of IBS 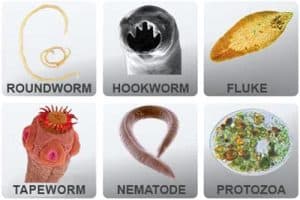 •          Experiencing fatigue, depression or inability to overcome a bad mood

Parasites are all around us; we stand the chance of becoming exposed because of our actions and most times due to negligence. Often, the indication of parasite signs and the development of symptoms could be unexplained.

Parasites are continually multiplying within your gut; they release toxins which cause health conditions such as diarrhea and constipation. These toxins also lead to a distortion in the fluid balance in your gut resulting in diarrhea.

Studies have linked the occurrence of skin irritations, mood swings, fatigue, painful muscles and aching joints to consequences of toxins produced by parasites in our bloodstream.

A build-up of these toxins could also lead to the patient experiencing some form of anxiety, insomnia, grinding the teeth while sleeping, and inability to rest. Toxins introduced into our bloodstream by parasites have been linked to frequent mood swings experienced by the patient.

How to Test for Parasites?

A stool test stands out as the most efficient way to test for parasites. Conventional Stool tests are carried out by doctors if the reported symptoms are similar to the parasite signs in your system. In functional medicine, doctors run a comprehensive stool test to detect the presence of parasites in patients.

Three stool samples are presented for this test. The results will depend on the ability of any parasite present in the stool to remain alive from the moment the stool sample is collected till it gets to the laboratory.

Many physicians ensure that only the comprehensive stool test is used for cases where they suspect a parasite infestation in patients. This analysis is more elaborate, and it is done with Polymerase Chain Reaction (PCR) technology to enhance the DNA of the parasites present in the stool samples.

The comprehensive stool test detects active, dormant or dead parasites. In doctor’s experience, they usually detect the presence of multiple dormant parasites in stool samples from patients that were previously undetected when the conventional stool tests were carried out on the stool samples.

How To Get Rid of a Parasite? Treating a Case of Parasitic Invasion

The detection of parasites after a successful comprehensive stool test must be quickly followed by treatment. Physicians sometimes run tests to detect as many as seventeen different parasites. Drugs are prescribed to eliminate parasites that have been identified in patient’s gut. These drugs act by attacking the central nervous system of the parasites, removing them in the process.

For patients who might not have access to facilities where a comprehensive stool test can be carried out, but show the symptoms, Parazclean is recommend. It is a powerful supplement that will efficiently eliminate those parasites that have kept you feeling ill and irritable for a very long time.